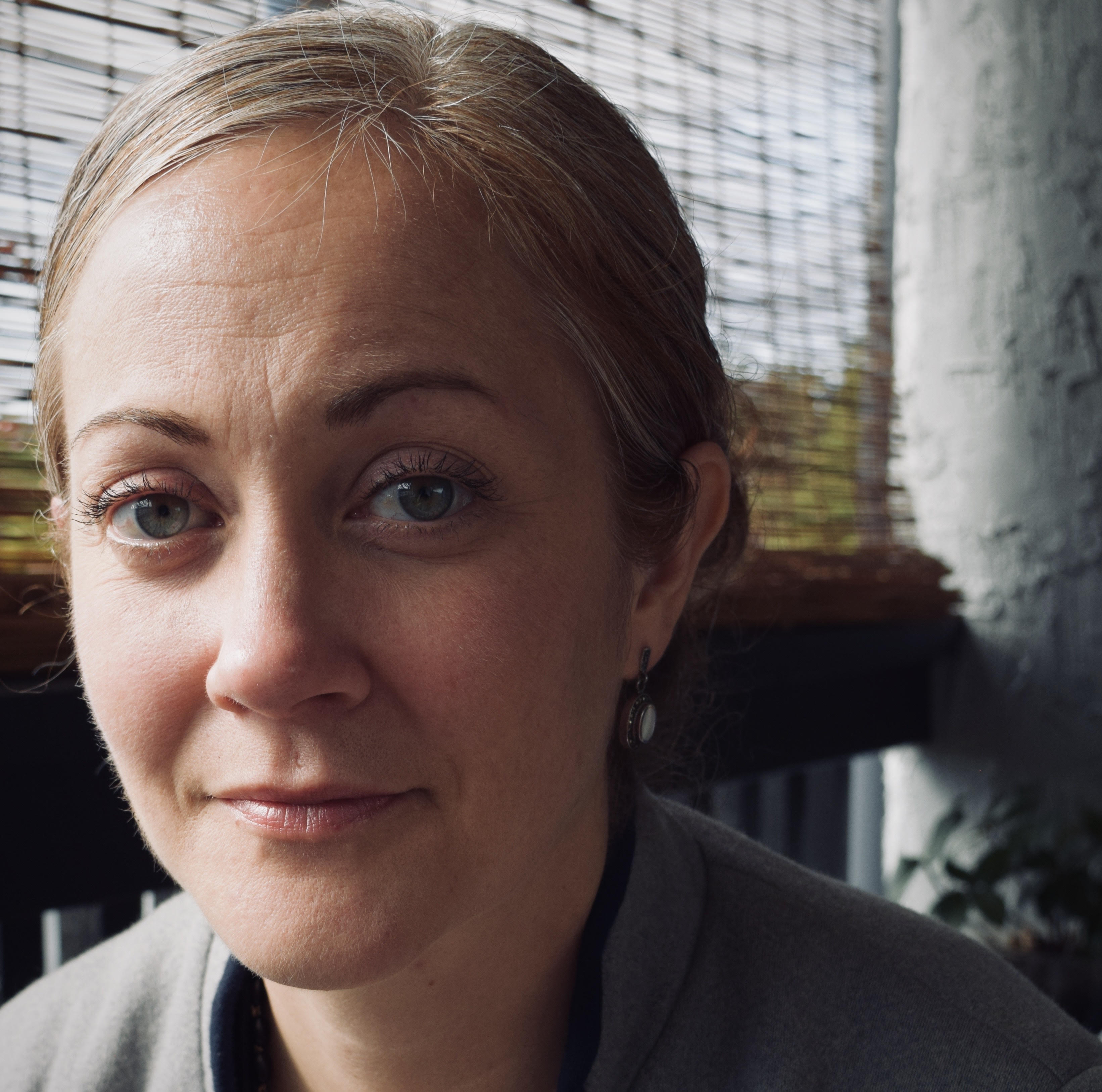 Dr. Kathleen Brian (she/her) works at the intersection of disability studies, critical theory, and the history of medicine in the modern Anglophone world and its imperial spaces. Her recent work appears in the Journal of Literary and Cultural Disability Studies and the Bulletin of the History of Medicine, and she is the co-editor of Phallacies: Historical Intersections of Masculinity and Disability (Oxford UP, 2017). Her current book project, The Quarry: Suicide, Risk, and the Epistemology of Dread, charts the emergence of “the suicide risk” by interrogating nineteenth-century medicolegal and bureaucratic formations alongside finance capitalism’s speculative fictions.

Throughout her career, from pursuing her Ph.D. in American Studies at George Washington University to her curation of classrooms that prioritize experiential inquiry, the scrutiny and transgression of boundary has been Dr. Brian’s predominant motivation. Rather than confine these concerns to research, Dr. Brian insists upon the rigorous manifestation of her academic and philosophical beliefs in the communities she inhabits. Her courses revolve around themes such as alienation and belonging; systemic violences and relational power; and the transmutation of knowledge as it moves through time and space. These investments shape not only her participation in the Honors First-Year Sequence and upper-division seminars, but also the ways she understands her role as advisor, mentor, and collaborator. 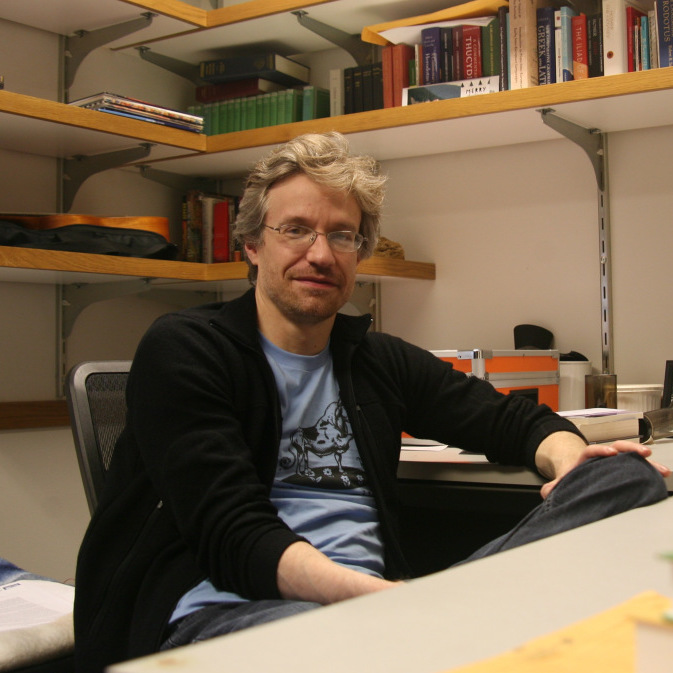 Dr. Tristan Goldman (he/him) is a scholar of the Classical World at Western Washington University's history department in Bellingham. Tristan earned his B.A. and M.A. in Classics and his Ph.D. in history at the University of Washington. His research primarily involves how interaction with Asia, Persia in particular, contributed to shaping the history of Greece during the Classical Period.

For the past five years, Tristan has taught courses in the first-year sequence of Honors at WWU in addition to his full-time teaching commitment in history over the past six years. He invests the majority of his productive time designing and developing innovative curriculum in all of his courses to better meet the needs of undergraduate students arriving at the university from diverse backgrounds and preparing them to participate in a complex, diverse professional environment. In 2013, in his second year teaching at Western, Tristan received the Ronald Kleinknecht Teaching Excellence award in large part as a reflection of the time Tristan invests in creating successful learning outcomes for students. In 2017, Tristan began working more closely with Honors under the guidance of Dr. Scott Linneman in order to assess that the program fully meets the needs of the students by redefining existing curriculum, developing new curriculum, and offering academic mentoring and advising to Honors students. Tristan is a voting, lineal member of the Estom Yumeka Maidu tribe, information concerning which can be found here. 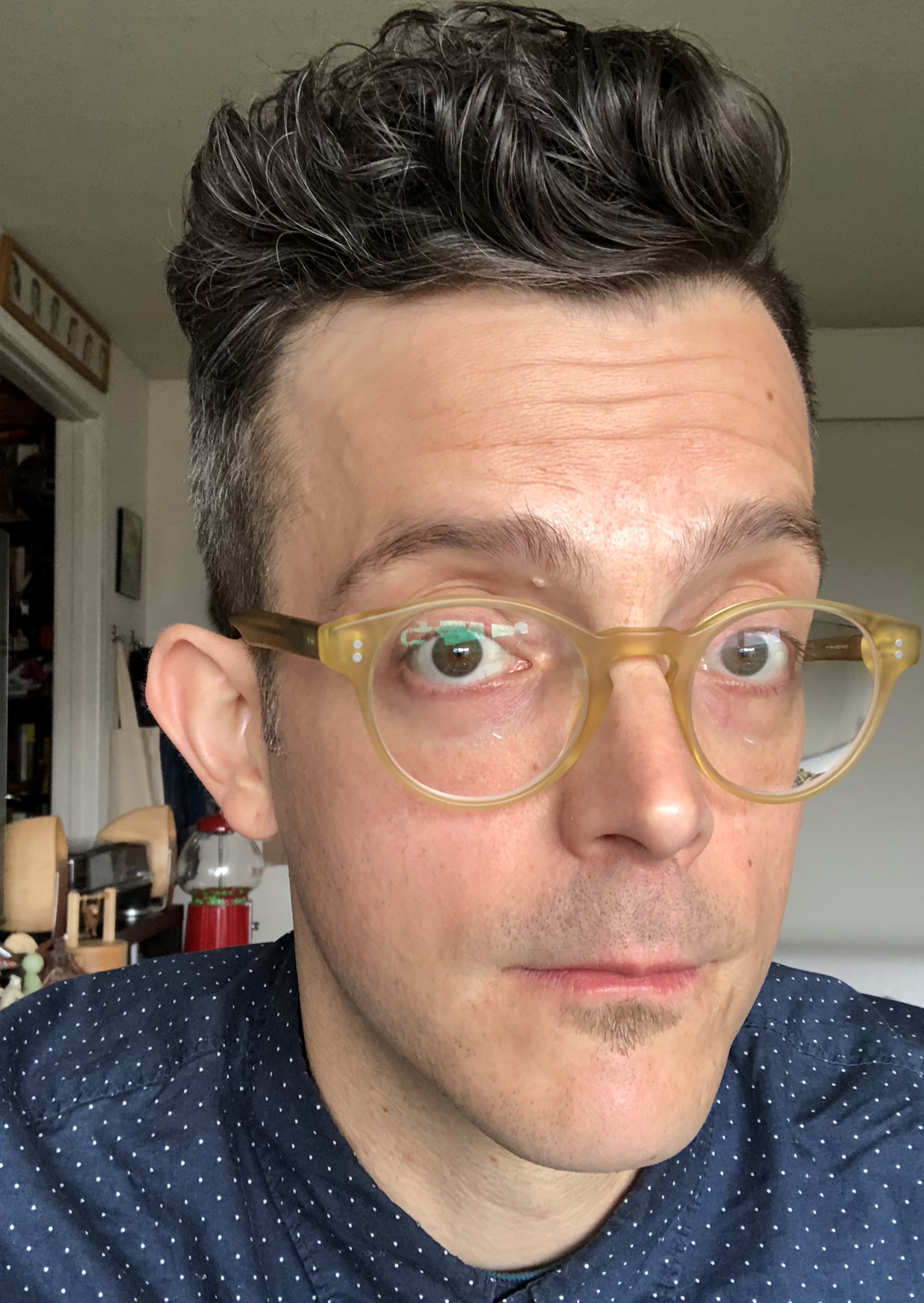 Thomas Hummel (he/him) is a poet, playwright, and educational advocate. He is the author of Letters & Buildings (Subito Press) as well as numerous chapbooks, and his poems and reviews have appeared in Oversound, The Paris Review, The Believer, Boston Review, A Public Space, and elsewhere. His most recent work for performance, Then there is no need to speak—an interrogation of the manipulative pathos that continues to drive discourses on institutionalization—premiered in the surgical amphitheater of the oldest surviving pathological facility in the US: the Old Pathology Building of the former Central State Hospital in Indianapolis. As a performing artist, he has appeared in festivals and theaters across the US and Europe, and was a cast-member of Nature Theater of Oklahoma’s OBIE-winning production No Dice at Soho Repertory Theatre. Beyond his creative work, whether in the form of child and adolescent case management, special education instruction, or educational advocacy, he has dedicated himself to defending children’s rights and to dismantling juvenile carceral networks. He teaches across the entire Honors First-Year Sequence and serves as an Academic Advisor for the Honors College. 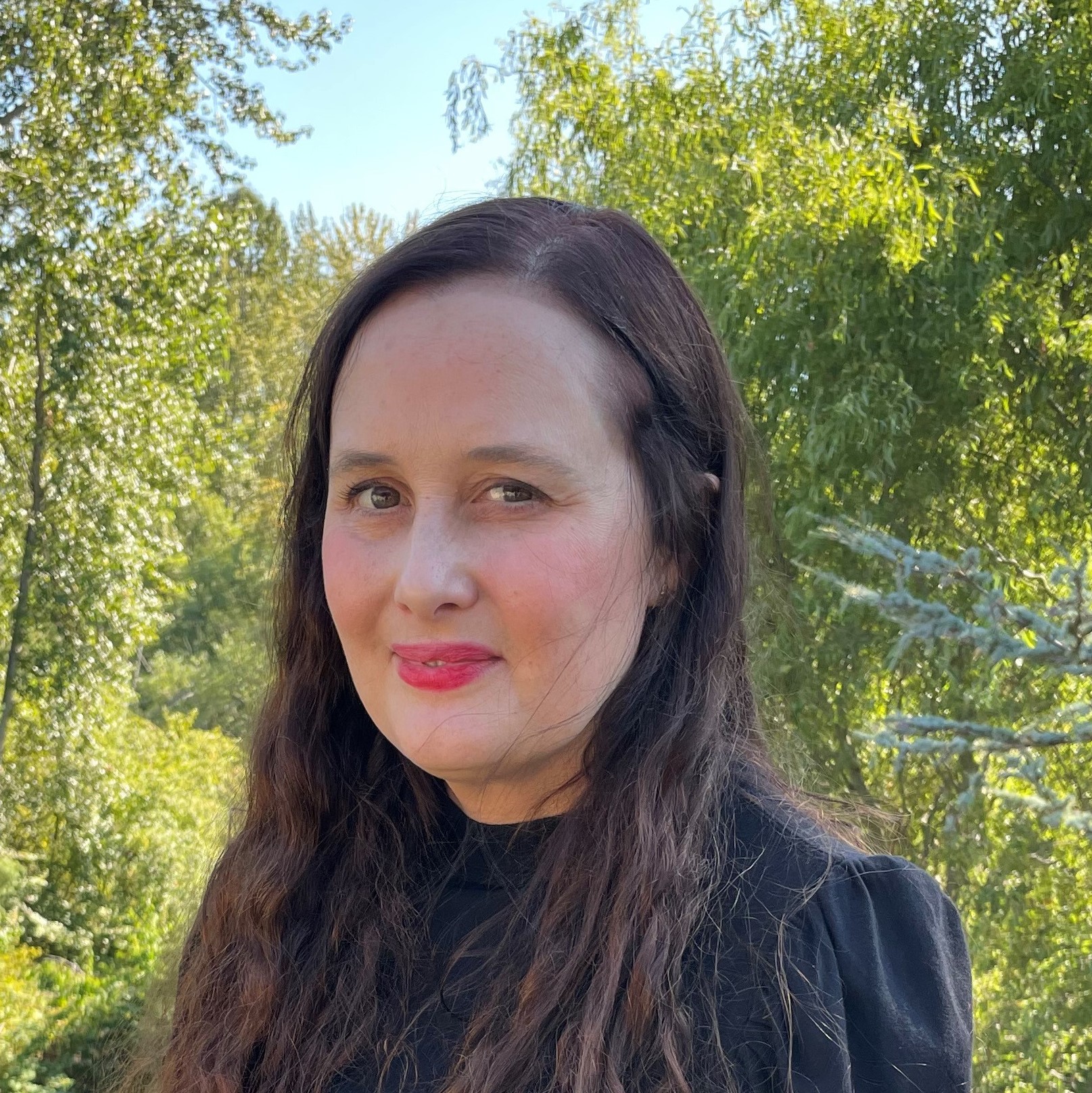 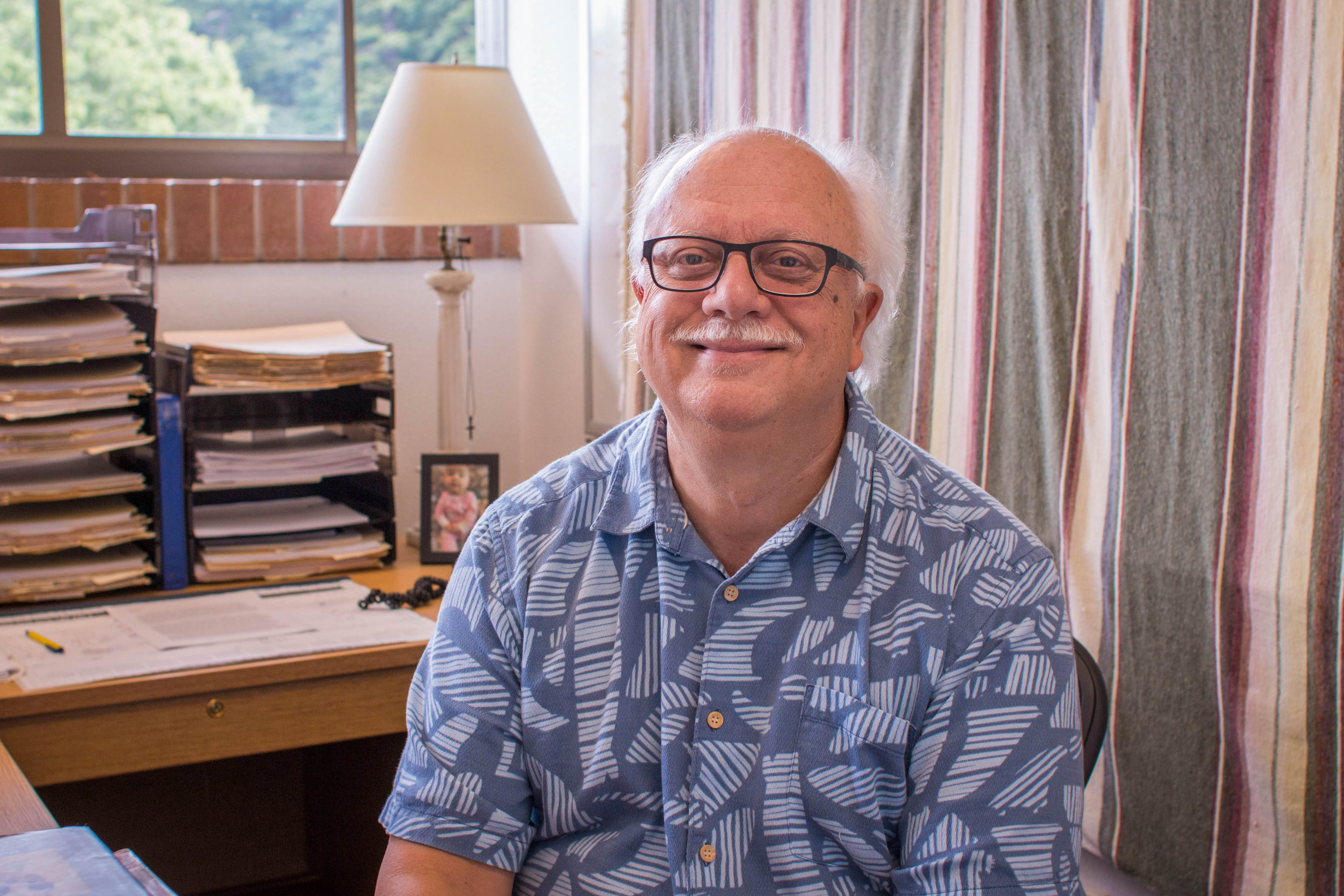 Tom (he/him) received his Ph.D. from the University of Chicago, where he studied in both the Department of English and the Divinity School, eventually writing a dissertation on the religious and philosophical grounds of William Carlos Williams’ Paterson. At Western, he has taught in English and Liberal Studies in addition to Honors. He has published poems in journals such as Nimrod, St. Petersburg Review, and Tiferet as well as articles on literature and hermeneutics (“Dispatch from the Hermeneutic Jungle”). He lives in Bellingham with his wife Catherine (Ph.D. in Psychology). 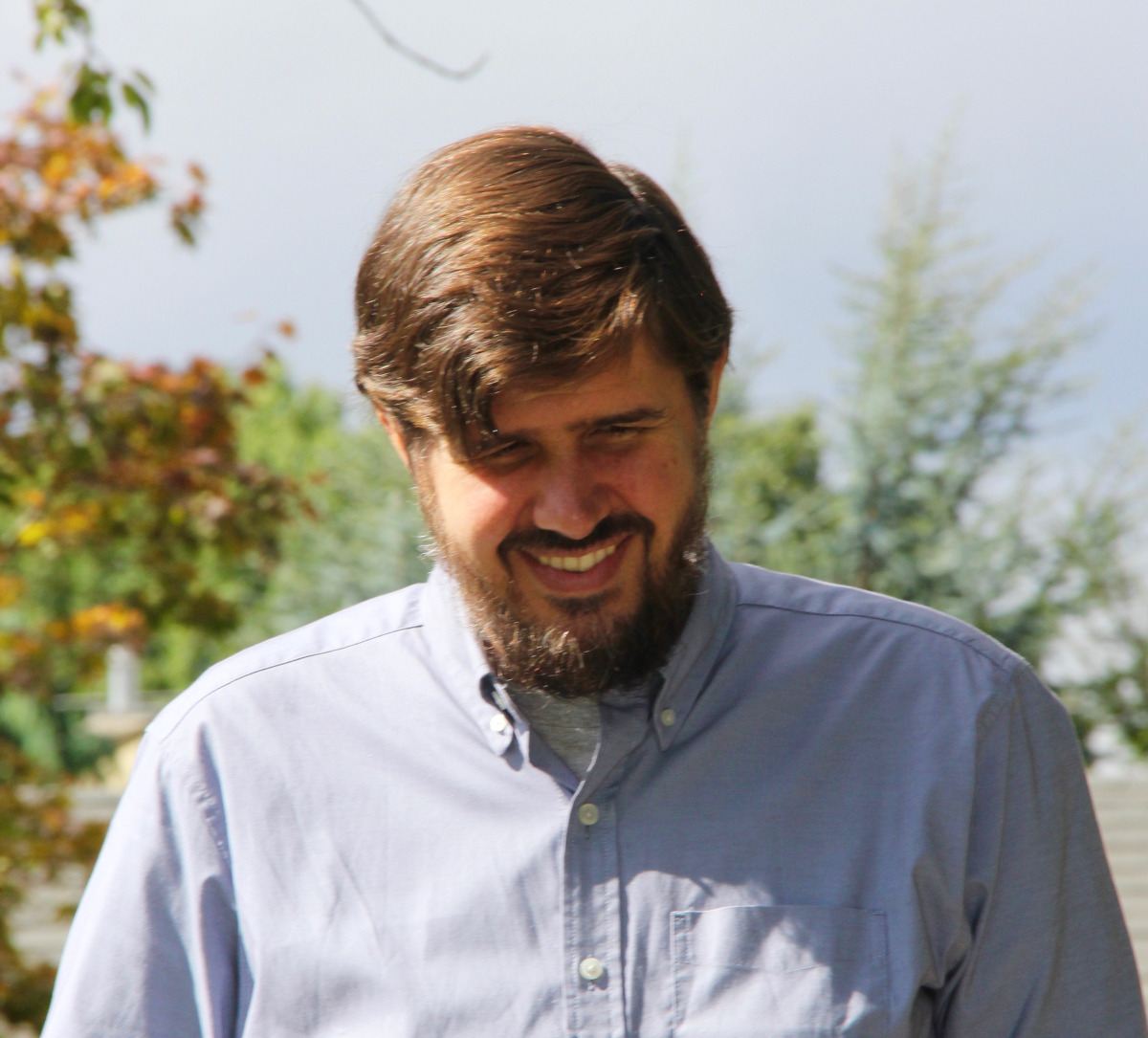 Michael Slouber is a specialist in early medieval religions of India and teaches a variety of courses in South Asian Studies and Religious Studies. His introductory courses emphasize an interdisciplinary approach to the humanities of Indian civilization, drawing on history, literature, religion, film, art, and ethnography. Slouber trained in the classical languages of India—Sanskrit, Pali, and Prakrit—at UC Berkeley and Uni Hamburg, and won the DK Award for the best dissertation on Sanskrit from 2012–2014. His research has focused on the history of medicine, Tantra, and studies of lesser-known goddess traditions. He is the author of Early Tantric Medicine (Oxford University Press, 2016), and editor of A Garland of Forgotten Goddesses (UC Press, 2021). 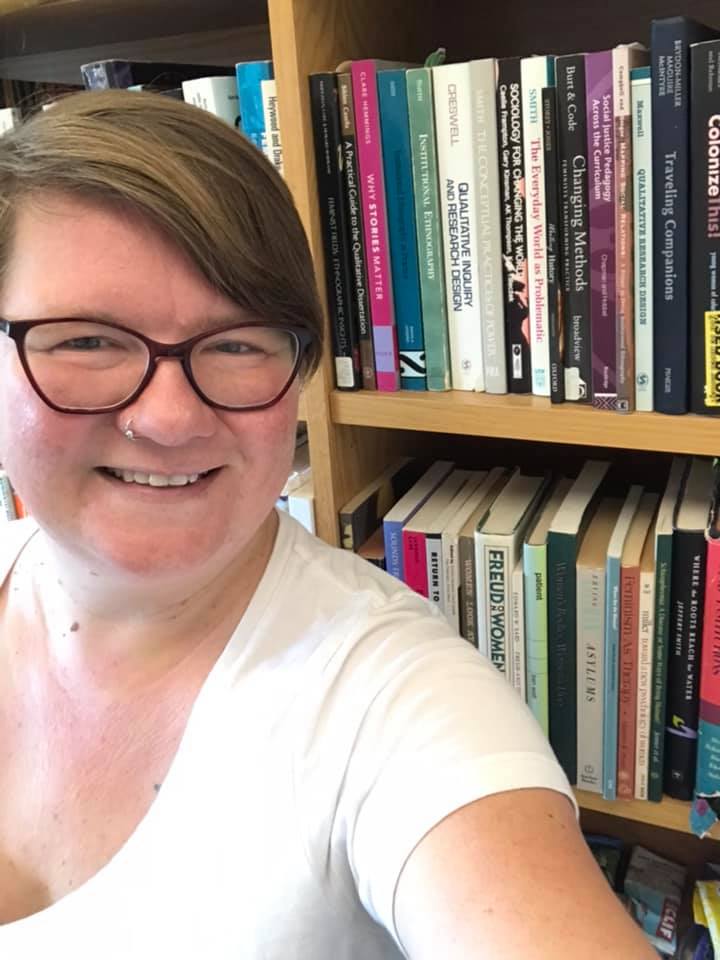 Anika Tilland-Stafford (she/they) holds a Ph.D. from the Institute for Gender, Race, Sexuality, and Social Justice at the University of British Columbia. With a BA from Simon Fraser University and an MA from York University, their degrees include Theatre and Gender Studies. Tilland-Stafford’s research background focuses on possibilities for queer and transgender children in early childhood education and recreation programs. Their work spans historical (specializing in Cold War era) and contemporary community action methodologies.

Tilland-Stafford teaches from an intersectional social and eco justice framework, focusing on both systems of oppression and movements for change. Tilland-Stafford’s courses include classroom and community learning, reflecting a commitment to the practical implications of theoretical engagement. In their teaching with both the Honors and Women, Gender, and Sexuality Studies, they value students’ creativity and diverse vantage points in relation to course themes and assignments. 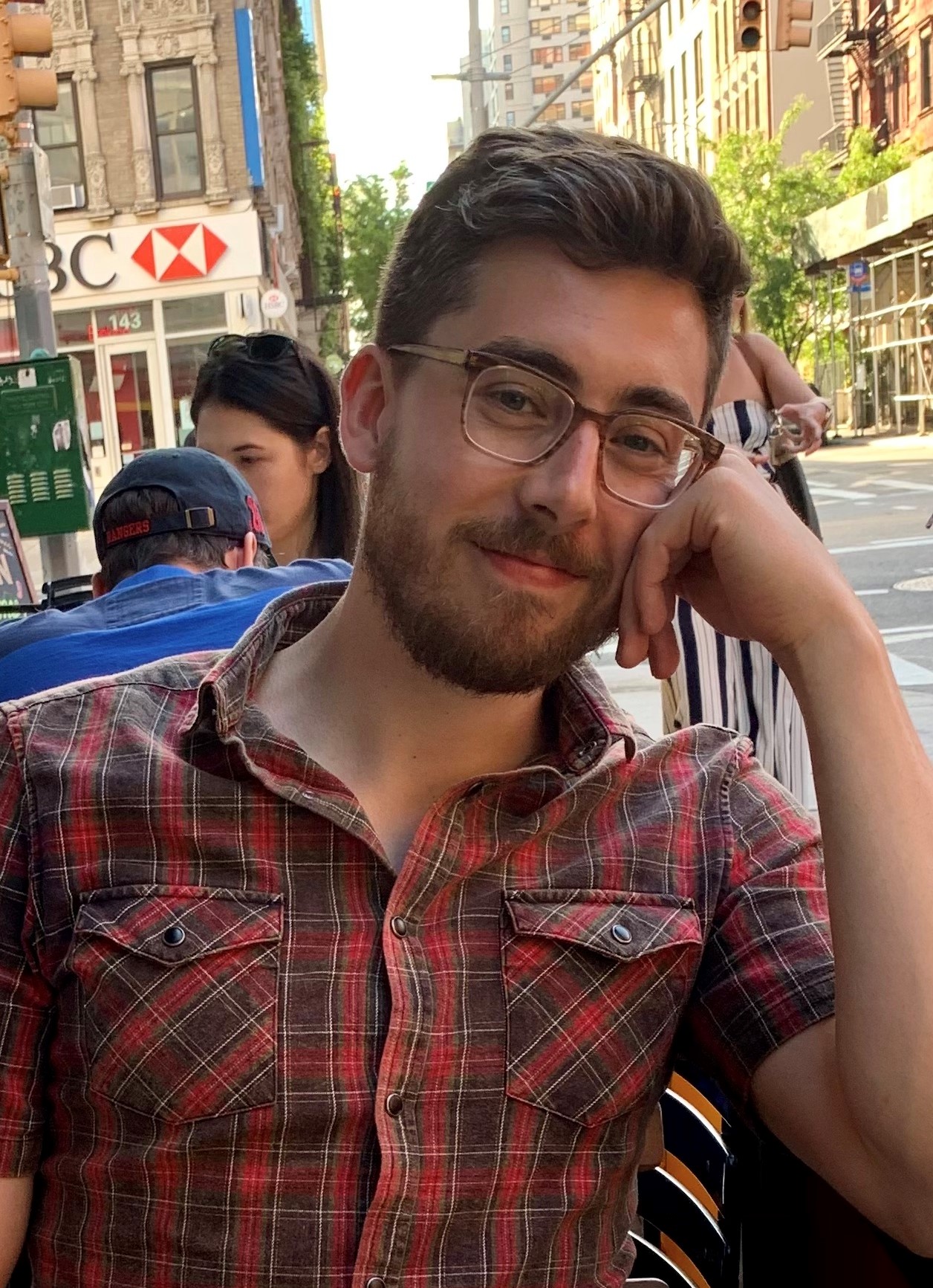 Ryan (he/him) began his academic career as an undergraduate at Western, studying ancient history, philosophy, ancient Greek, and Latin. He obtained his Master of Arts in Classics from the University of Notre Dame, where he wrote his thesis on the influence of epic poetry on Roman historians. Before returning to the West Coast to teach in the Honors College, he taught Latin and history to middle school students in The Bronx. His research interests include epic poetry, comparative studies of mythology and literature, critical theory, intellectual movements of modernity and post-modernity, gothic literature, and continental philosophy. His preferred investigatory lenses are magic and the supernatural as well as the literature of cultural crisis.

Ryan primarily teaches in the first-year sequence. In 2021, he taught HNRS 358: Magic the Othering, an interdisciplinary seminar which investigated the cultural history of magic in the modern era. He also serves on the first year advising team.

Ryan’s experiences as a teacher have impressed upon him a version of Friere’s praxis—that it is incumbent on instructors and scholars to engage in perspectives, struggles, and intersectional debates ultimately for the sake of students. If you have any questions about the Honors College, academic advising, or just want to discuss literature, feel free to reach out to him over email.